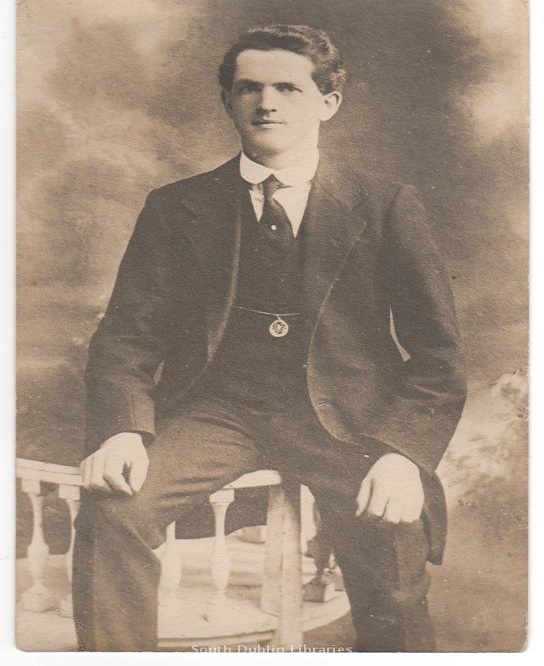 Next Sunday, 14 March, marks the 100th Anniversary of the death of the Irish Patriot and Freedom Fighter Patrick Moran after whom our Club is named.

Patrick was originally from Crossna, Roscommon before moving to Dublin for work. An active member of the Gaelic Athletic Association, he was involved in the 1913 Dublin Lock Out. He was a member of the Irish Republican Brotherhood and the Irish Volunteers. As Adjutant of D Company, 2nd Battalion of the Dublin section of the Volunteers he fought in the Jacob's Factory Garrison during the Easter Rising of 1916 under Thomas MacDonagh. In the aftermath of the Easter Rising, he was imprisoned at Knutsford Prison and later at Frongoch. He was tried in Wormwood Scrubs and released in July 1916.

Upon his return to Dublin, he settled in the Blackrock/Dun Laoghaire area. In 1917, he was a founder of the Irish National Union of Vintners, Grocers and Allied Trades (now MANDATE).

Patrick was an active supporter of Michael Collins and involved in the events of Bloody Sunday morning. While highly unlikely to have committed the killing for which he was convicted, Patrick was 'active' on that day and never hid his involvement with the events of Bloody Sunday morning. He was actively involved somewhere on that fateful day. He was hanged in Mountjoy Gaol with 5 of his compatriots on 14 March 1921.

Patrick and the rest of the Forgotten Ten were exhumed from unmarked graves in 2001 and received State Funerals - he is now buried directly inside the main gates of Glasnevin Cemetery. At a more suitable time - post-CoVID - a small remembrance ceremony will be held there for Patrick.

The GERS EASTER CAMPS are back and booking is LIVE! Our C...

Today sees the launch of phase one of our club photo por...

Looking for that last minute Stocking Filler?We have smal...