Gers Ladies Are The County Champions! 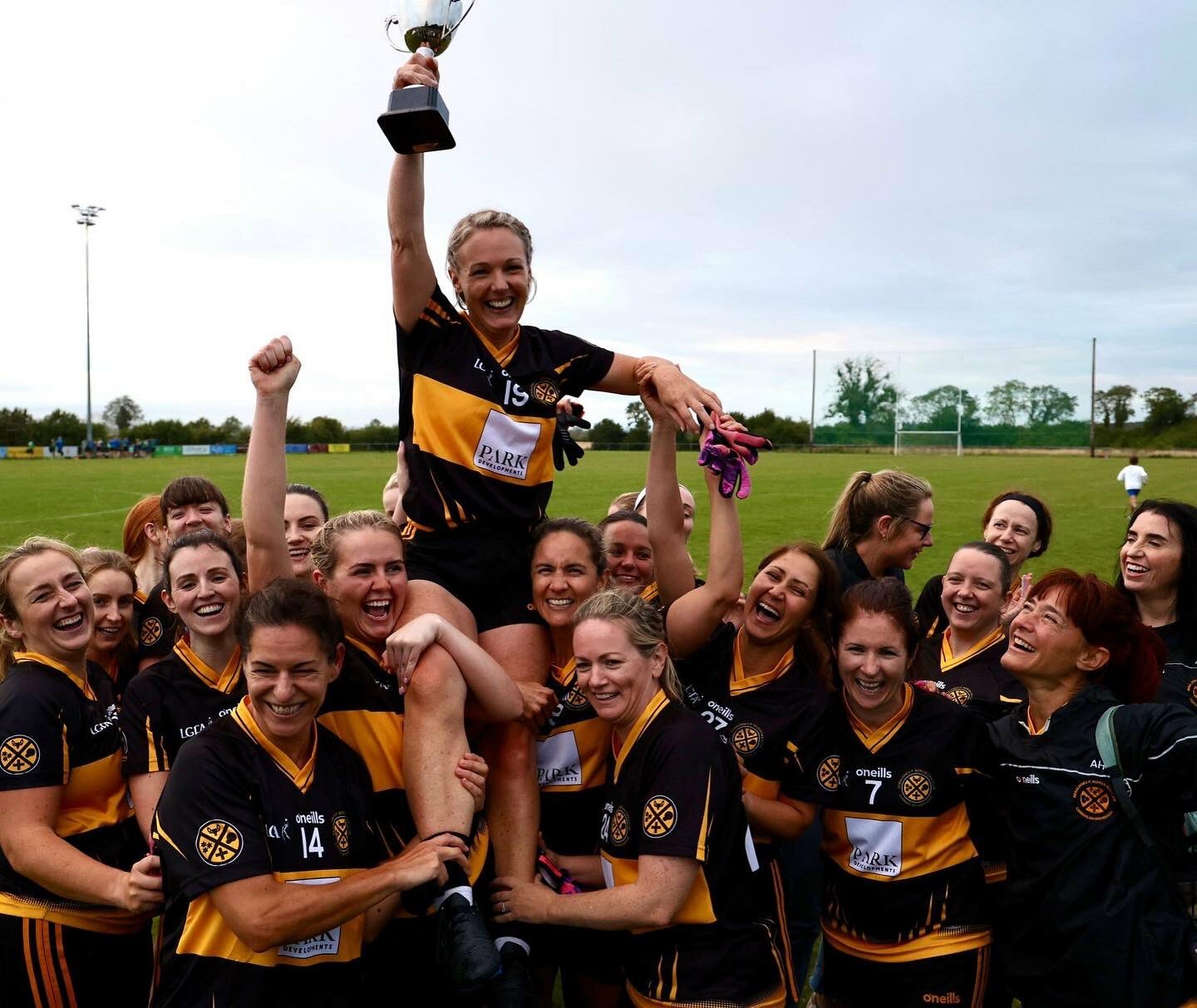 Major congratulations to our Ladies team who have been crowned Dubin Junior J Championship winners after a fantastic victory against St Kevins Killians in Newcastle on Wednesday.

It is a historic moment for the club and a major reward for the dedication of co-managers Darren Holton and Dave Breslin and their squad, the majority of whom only started off playing GAA back in April 2019 as part of a pilot initiative to gauge interest in a Gaelic 4 Mothers & Others Squad. It has been a fantastic journey for the club, which now sports two ladies football teams at adult level.

During Wednesday's unforgettable victory, Sophie McDonnell delivered an incredible performance and was named as Player of the Match.

The Gers were in control throughout and led 2-09 to 1-01 at halftime. They continued to dominate and the game finished 4-14 to 3-04 as the Championship trophy made its way back to Foxrock this year. The first of many no doubt. The future of the club is in safe hands!

The Christmas Pop-Up Shop for Club gear has reopened for ...

Don't Miss out on the Club Christmas presents!And we've e...

The GERS POP-UP SHOP is open! But Hurry!

The GERS POP-UP Shop is back - and better than ever!Open ...